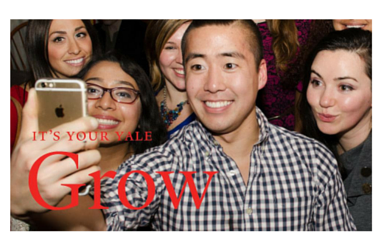 Vice President of HR, Mike Peel recently sent the below communication to all Yale managers describing the importance and relevance of Affinity Groups for employees. He encouraged managers to allow employees to attend events during business hours, as they benefit the entire University. We are extremely proud to have the support of Mike and HR in our goals to make Yale a better place to work, and look forward to increased flexibility by of managers in allowing their employees the ability to attend YAAA events that may overlap with their working time.

If your manager has any questions, be sure to direct her or him to Chief Diversity Officer Deborah Stanley-McAuley (deborah.stanley-mcaulay@yale.edu).

TO: All Yale Managers

Thanks to the efforts of all of you, Yale’s staff is significantly more diverse and inclusive than it has ever been.  Today, 66% of staff members are women and more than 30% are members of traditionally underrepresented minority groups.  The age range of our staff, which currently spans from 19 to 92, has never been wider.  We have many more colleagues who identify as gay, lesbian, bisexual or transgender.  Our population of veterans and those with disabilities has also grown.  And, we know from our regular workplace surveys that Yale staff members not only notice but value this increasing inclusiveness.

Seven affinity groups have been created in the past decade designed to provide support, development, and social connection to their members:

Before these networks existed, our turnover in these groups was higher than Yale norms and was inhibiting meaningful diversity progress.  These networks have been led by volunteers who dedicate significant amounts of their personal time to help the University recruit, develop, and retain the members of their network.  We owe the leaders of these networks, both past and current, our deep gratitude for all they have done to further evolve the Yale culture into one which brings out the very best in all.

Given the importance of our Affinity Networks, we encourage you, where operationally feasible, to allow your staff members to attend affinity network events which occur during business hours (many, if not most, events are during lunch or after hours).  While we realize this is an investment in a challenging budgetary environment, the University is benefiting from their involvement, as will your organization over time.

Our increasing diversity and inclusiveness is making us a stronger organization and a more attractive employer for current and future staff members.  While we are making important progress, we are still behind where we would like to be.  We still need more diverse leaders, mentors, and role models at the top of our organizations and to evolve our culture into one which consistently values the differences in backgrounds and life experiences we all bring to our work.  While new milestones await us, we appreciate the leadership and workplace flexibility you are contributing to this important goal!